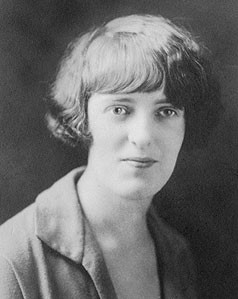 Elsie McLaren was the middle child of Peter McLaren and Mary Celia (Dixon) McLaren. She was born in Vienna, South Dakota, on July 23, 1904.

Elsie was thirteen years old when the family moved to Hollister, California.  She had two older sisters and two younger brothers, one of whom was my father, John Dixon McLaren.

After graduating from high school in Hollister she attended Heald Business College in San Jose and was immediately employed in a San Jose bank.  In the 1930 Federal Census she was boarding with a forty year old widow (who owned the home) on Morrison Street in San Jose and working as a bank stenographer. 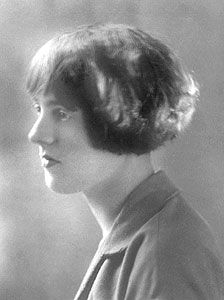 Elsie died in January of 1934, at age twenty nine, and the only mention of her was a cryptic note in my mother's typewritten family tree: "Passed away as a young lady. Did not marry. Internment in Hollister family plot."  We are reasonably certain her passing was by her own hand.

I have official records that list her cause of death as "accidental," but by "self administered" phenobarbital poisoning.  The family legends involve a relationship with her employer.  We do not need to know.

We want to offer a tribute more substantial than a gravesite; we missed knowing Elsie.  There are several pictures of her in each of the photo galleries, but here are a few more.  She loved cats, that's enough for me. 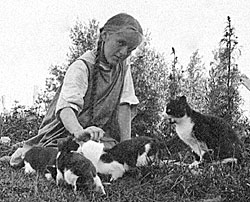 This site, A McLaren Migration, is maintained by David J. McLaren.
Updated March 28, 2021
Copyright © 2021 David J. McLaren, all rights reserved.
Commercial use of the material on this site is prohibited.